What Are Shotgun Slugs and When Is It Better to Use a Slug? - Daily Shooting | Shooting Tips And Reviews
1 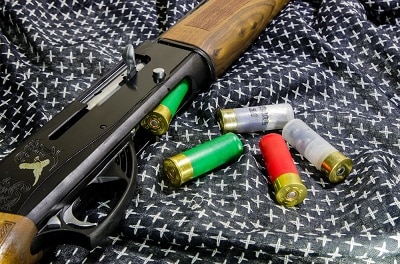 What Are Shotgun Slugs and When Is It Better to Use a Slug?

To first understand the basics of shotgun slugs, you must understand what exactly a slug is and how a shotgun works.

How a shotgun works

A shotgun is a firearm that shoots shells rather than the traditional rifle cartridge.

So what's the shotgun shells?

The traditional rifle cartridge is generally some type of a metal filled with a propellant and the projectile on top of the cartridge. Both are fired by a firing pin striking a primer.

After the shotgun is fired, many shotguns are pump action. When the pump is pushed rearward, it ejects the spent shell, and loads in the next shell.

What exactly is a slug

As previously mentioned, a slug is one solid projectile, rather than smaller projectiles, such as birdshot or buckshot.

When a slug is fired from a shotgun, one larger solid projectile is fired, making it similar to a rifle firing a bullet. A shotgun firing a slug can be viewed as a simple rifle.

Pros and cons of using a slug

When compared to a similar hunting rifle, a shotgun slug is much heavier. source

Generally speaking, a rifle slug is at least twice as heavy as a comparable rifle bullet. I have a article to compare shotgun with rifle, you can read it in here.

While an advanced rifle fires its projectile nearly twice as fast, the sheer weight of a shotgun slug makes it extremely deadly.

The Cons of Slugs

However, the range of a shotgun with a slug is much less than that of a rifle.

A general rule of thumb is that slugs work within 100 yards. Modern advanced rifles can accurately shoot out to at least three times that far.

Another con of using a slug is that they cost slightly more than rifle ammunition. Man is holding his Shotgun

When is it better to use a slug?

There are multiple situations in which using a shotgun firing slugs would be better than using a rifle. This is some situations:

Shotguns are an extremely versatile weapon. Slugs are just another facet of their versatility.

Shooting slugs from a shotgun give you a basic rifle. While the range is greatly decreased, it fires a much larger and heavier projectile than most rifles, making it a much deadlier projectile. (You should choose the best scope for ar15 rifle to make a perfect shot)

While the slug is by no means a one size fits all answer, there are definitely specific circumstances in which shooting a slug is more than likely better than most rifles.

While it will ultimately come down to personal preference, a shotgun shooting slugs is a formidable weapon for hunting.