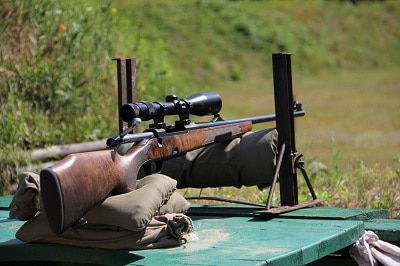 How to Determine a Shotgun Effective Range

Finding out your shotgun effective range can be important for a variety of reasons. No matter if the shotgun is being used for hunting or defense, it helps to know how far you can be from the target to have the result of putting the target down.

This is especially important when it comes to protection but you don't want that deer walking away either.

Their are a few factors that go into a shotguns effective range, and if you continue reading, you will find out what those are so you can figure out the effective range for your gun.

Their are three main things that effect the effective range of your shotgun.

You may be wondering how the mental state of the target effects the effectiveness.

You were probably thinking only the gun and ammo mattered, but that isn't the case.

If the target is angry or has an adrenaline high, then you will have to do more damage to it to bring it down.

This means having more of your ammo hit it. The situation is even worse if it is a home invader who may be on drugs. 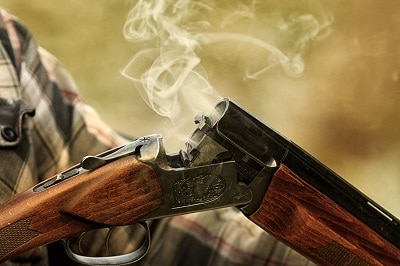 Enviroment is one of factor impact weapon range

What affects how much ammo hits the target though?

Well, that is where the type of shotgun and ammo comes into effect.

Bird shoot for example shoots out a lot of small pellets and because they are small means they spread more.

Buck shoot on the other hand doesn't spread as much and has larger rounds so you need fewer to hit the target.

Lastly a slug spreads even less, but because of this you need better aim to hit the right spot.

Having a chock on your shotgun can effect the spread though, and that is why it is not just the ammo that effects the effective range of a shotgun. A chock forces the load into a smaller compact area before leaving the gun. This means that the ammo doesn't have room to spread as far.

The last factor is your skill.

If you are a better aim or have a good sight, then you might be able to squeeze in a few more feet for your effective range.

Practicing with your gun and knowing how it handles is a good way to increase your skill.

A good rule of thumb though is most shots spread about one inch per foot back, so if you need a grouping that is thirty inches to hit the vital area of a person, then you should be at most thirty feet back.

This is just a basic rule though, and practicing with your gun can help you figure out how much spread your grouping has.

Best Set Up For Your Shotgun

Finding the best set up to increase range is hard.

Skill is a big part of it and practicing is the only way to importer that. Some other things you can do though is choose an ammo that doesn't spread as much.

Most peoples go to is 00 Buck Shot. This has a good spread pattern and has large enough rounds to do lethal damage. Their are some advantages to bird shoot though for home defense.

At close range it has enough little pellets to do a lot of damage. However, these little pallets have a hard time making it through doors and walls, so others will not get hurt.

The next thing is pick a shotgun that fits you.

If you are going to be hunting birds, then you want spread, but for larger things you might want the barrel to be reduced by a chock.

The best thing is to consider the primary purpose of the shotgun when you go to buy it. For home defense you will want a different gun than for bird hunting.

Their are a lot of reliable options on the market, and you can find one that meets your needs and gives you satisfactory results at the range you want.

Now you know that there are a few factors that goes into a shotguns range and they don't just start and end with the gun and ammo.

While the ammunition of choice and the chock and sights of the gun play an effect. The mental state of the target and your skill are also factors.

Effective range of a shotgun can vary from person to person and target to target. The key thing is that you have enough ammo hitting the target at vital points.

The spread of the ammo combined with your distance determines this and with practice you can learn the effective range of your shotgun.