How to Choose the Right Bullet Weight for Your Weapon! - Daily Shooting | Shooting Tips And Reviews
1 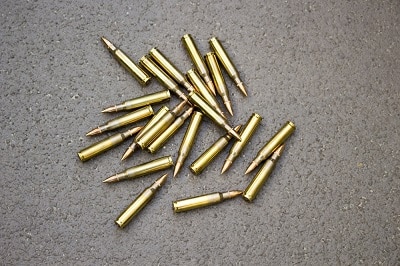 How to Choose the Right Bullet Weight for Your Weapon!

When it comes to guns, there are all kinds of different bullets or rounds on the market. The rounds can differ from the size in mm, to how much charge the round has, to the weight of the round.

In this article, we will look at the later and talk about how to pick the right bullet weight for your purposes.

After reading this article you will have a better understanding of finding the right weight bullet for the job that you are using the bullet for.

How is bullet weight measured?

Bullet weight is measured with a term called grains. One pound is equal to 7000 thousand grains. This unit comes from back in the day when they used crops to compare measurements and is equivalent to a single grain of wheat or barley, hence the name grain. An ounce is equal to 437.5 grains to give you an idea with that scale.

One confusion when it comes to bullet weight comes about because the powder charge is also measured in grains, but this number has nothing to do with the weight of the bullet.

Different powders can have different weight even if it is the same number of grains, so when choosing bullet weight, you want to make sure you are looking at the correct number.

There are all kinds of different bullet weight options for each size of the round.

Normally the size of the round is given in mm, so 9mm or 10mm are handgun rounds, but they have different weights available. The common bullet weights available are  115, 124, 147 but you also might see 95, 110, or some other amount.

One thing is that different rounds have different common weights.

The bigger the round is diameter wise most likely, the heavier the round will be compared to a smaller diameter round. Also, if the weight of the round is not on the box, then you can normally find the information you need online with a fast search.

How can weights differ for the same size round?

So, you may be wondering how the same size round can have different bullet weights. Well, there are a few ways this can happen.

One, since the round is the same diameter, the heavier bullet is longer than, the lighter bullet. This may not always be the case though. Sometimes the heavier round is made with a heavier metal than the lighter round, and if that is the case, then both rounds would be the same length.

Different metals, powder, or longer rounds are the main ways that two bullets of the same size can have different weights.

What does weight effect?

So, now that you understand what bullet weight is and how it is measured, we can start getting into what it affects. The things that it affects will help you determine which weight you need for your uses. There are three main things that the bullet weight can affect. Those three things are accuracy, recoil, and penetration.

The accuracy can also be affected due to the different length of the bullet, which has already been mentioned.

Recoil of the gun

The next thing that is affected by the weight of the bullet is the recoil of the gun. Recoil is when the end of the gun goes up after you fire and the gun kicks back some into your shoulder if it is a rifle or into your hand if it is a handgun. Most of the time a heavier bullet will create more recoil than a lighter bullet. This is because more force is needed behind the bullet to get it going. This isn’t always the case though. Some light bullets have a lot of charge in them, and they may produce just as much recoil as a heavy round.

Penetration and tied into

The last thing that is affected by bullet weight is penetration and tied into that is expansion. Penetration is how deep the bullet goes into the target and expansion is how much the bullet spreads out after being fired. For self-defense, you want penetration of around 12 inches but no more than 18 inches. This way you hurt who you want and not others around. Generally the heavier the round, the more penetration it will have assumed that the heavier round and lighter round have the same charge and same metal. This is because the heavier one will have more kinetic energy.

This isn’t always the case though because if the lighter round has more charge or is made from a stronger metal, then it might penetrate deeper. Also, barrel length can affect penetration and expansion. If the barrel is too short, it may not allow the bullet to come out at full force, but if it is too long, the bullet may expand to much while in the barrel.

These are the main things bullet weight effects, but there is not a set way that bullet weight affects these things because there are so many other factors. The material the bullet is made of and the charge behind the bullet affects just as much as the bullet’s weight itself.

What round for hunting.

Now you know what bullet weight effects, we can get into the different types of weight you should use for different purposes. For hunting, you want a bullet that will penetrate and bring the animal you are hunting down. Depending on the animal the weight you will need to do that varies.

For small game, you might be able to get by with a light bullet, but for most hunting, you will most likely need at least a medium weight round. For bigger game or game with thick hides, you will need a heavy round.

For self-defense, you will again want a round that is going to penetrate. Humans tend to have thinner skin than most animals though, and you will be a lot closer normally, so a lighter round might work, but a medium weight round is more likely to be right.

You don’t want to heavy of a round that it over penetrates and you hurt others around. You also want a round that is more accurate than with hunting because your life depends on it.

Target shooting you want an accurate round that hits where you are aiming.

The round does not need to penetrate a lot because targets are thin and made to be shot. With target shooting an accurate light round is fine.

The key to picking out a good round for target shooting is finding one that is cheap.

Normally when target shooting, you are firing a lot of rounds, and you don’t need them to be expensive ones.

What bullet weight for you?

So, what bullet weight is right for you? Well, the key to finding the right bullet weight is knowing your purposes and looking for a round that will provide the things most needed for that purpose. Then, once you have a round that you think meets your requirements practice with it and make sure it works well with your gun. Some guns fire specific weights better than others.

You want to find the weight that provides the best accuracy, least recoil, and best penetration for your purpose with the gun you have. Even the same weight round from different manufacturers may fire differently from your gun. You need to go to the range and practice with different weights until you find the one right for you.

Now you know what bullet weight is and also what it affects. You also, have an idea of what to look for in a round depending on the purpose you have. The only way to find out if you truly have the right bullet weight is to practice with it with your gun. It is important to practice, so you know how the round will fire when you are in a situation to perform.

This means you can’t practice with a lightweight all the time target shooting and then carry a heavier weight. It won’t fire it the same. A lot of factors affect how different rounds fire and one of those is bullet weight. Now you know why it is important to understand bullet weight.