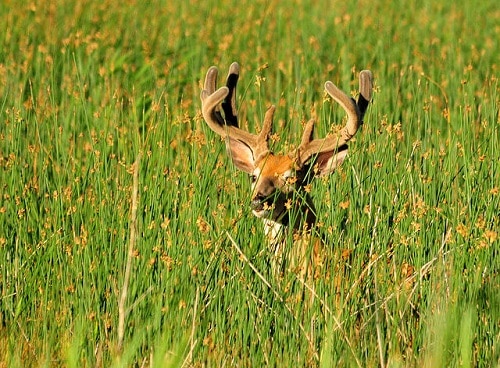 5 Things You Need to Know About Buck Rubs and Scrapes

The foothills of the Rocky Mountains rolling through Wyoming was the location of the most memorable buck scar I saw as a kid, a memory that has stuck with me and turned into a lifelong fascination with the simple activity of a buck rubbing its antlers against a tree.

It wasn’t until later that I learned how to incorporate buck rubs and scrapes into my hunt in order to track bucks and increase my odds of landing a big one. You can do the same by utilizing these tips that will help you understand what buck rubs and scrapes mean and pick up on the clues they contain.

5 Things You Need To Know About Buck Rubs And Scrapes

#2. Buck rubs and scrapes help the animal ‘blow off steam’ in different ways. This is very helpful in identifying buck size, age, and location.

#3. As a buck gets older, it rubs and scrapes more often- up to 3-4 times as much as younger bucks.

#4. Young bucks don’t have the strategy that older bucks do.

Looking for buck scrapes and rubs is an essential part of fall hunting. When done correctly, this process will greatly increase your chances of making a kill and having something to brag about.

I suggest doing some web research to get a feel for what these scrapes and rubs look like  and identify lookalikes when out in the field. Another my article best shooting sticks 2018, check it if you need buy a shooting sticks.

I hope you have enjoyed this article! I’ll be back out in Wyoming each year looking to find the next gorgeous collection of scrapes and rubs. If you found this to be helpful, please share on your social networks. I’m interested to hear your thoughts on this topic – let’s get a conversation going in the comments section, that way we can all learn more tricks of the trade.